The following video defines empirical formula and discusses various ways in which it is used.

An empirical formula is a molecular formula reduced to the lowest common denominator. 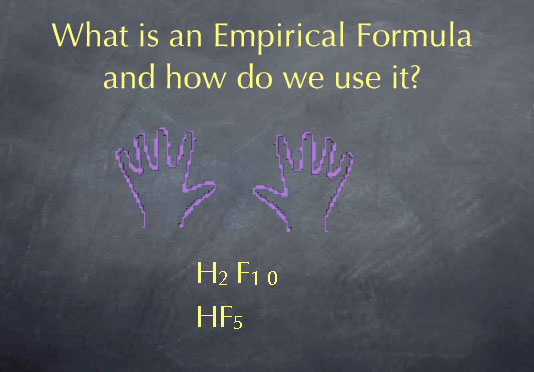 It's important to note that more than one substance can be reduced to the same empirical formula. To stretch our hand/finger analogy, we might have a two-handed person H2F10 or an alien with three hands and 5 fingers on each hand H3F15. 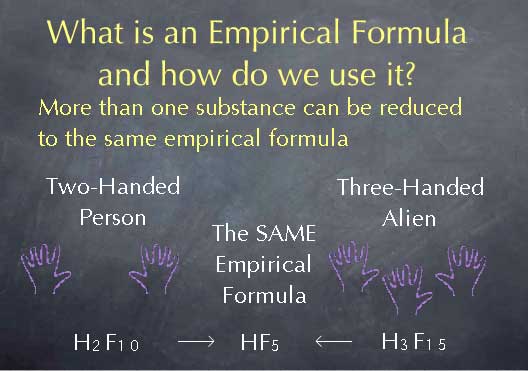 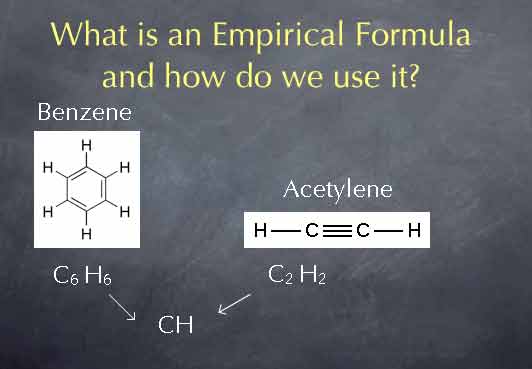 Since two different molecules can have the same empirical formula, an elemental analysis is not sufficient to completely determine the identity of a molecule. Chemists have developed a wide variety of other qualitative analysis techniques. A particularly powerful set of such tools measures the wavelengths of light that the molecule absorbs. These methods are called spectroscopic methods. If you pick up an issue of the Journal of Organic Chemistry, in addition to an elemental analysis, you'll see lots of results from spectroscopic experiments that help a chemist determine the molecular formula and structure of a molecule.